Early in spring 2008 a friend who works for hospice in our local area contacted me regarding a possible painting project. A new location for the local hospice society was under renovation including office space. The facility was to include a large room to serve as a creative space and retreat for children and families in time of transition. Interest was expressed in having a mural painted across one large wall in the room and my friend described her vision and sense of what might be appropriate. It would be necessary to discuss and satisfy the concerns and input of others who worked in the hospice group. Recognizing that the environment and meeting space would involve different beliefs and faiths, I agreed to prepare a simple image for presentation, working from my intuitive response to our discussion. The theme was to be reflective of the cycle of life and each individuals journey. The hospice board members all felt the need for some visual image that connected to nature and one that would be uplifting in some way. Other concerns would have to be considered including an image suited to children, teens and adults. Although there was a very limited budget for this project, I felt moved to take it on anyway. Following a number of meetings and the presentation of several ideas and colour studies the project got started.

Hospice workers, contractors and others occasionally popped in to see what was happening with the image. In September the work on the mural and other renovations in the hospice facility were completed and a formal opening was announced. Those who attended and spoke of how this facility and the mural would serve many in the years to come, truly left me feeling humbled by the whole experience.

An unexpected opportunity for service had become a truly uplifting experience.

What you can read next 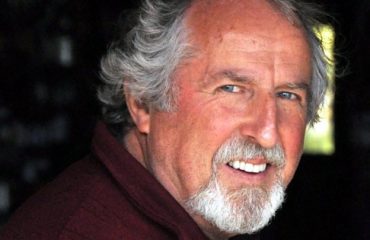 The Seeker Series – an ongoing project